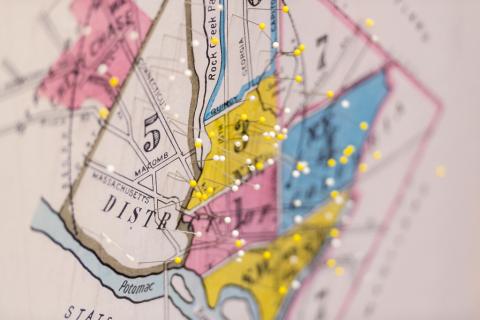 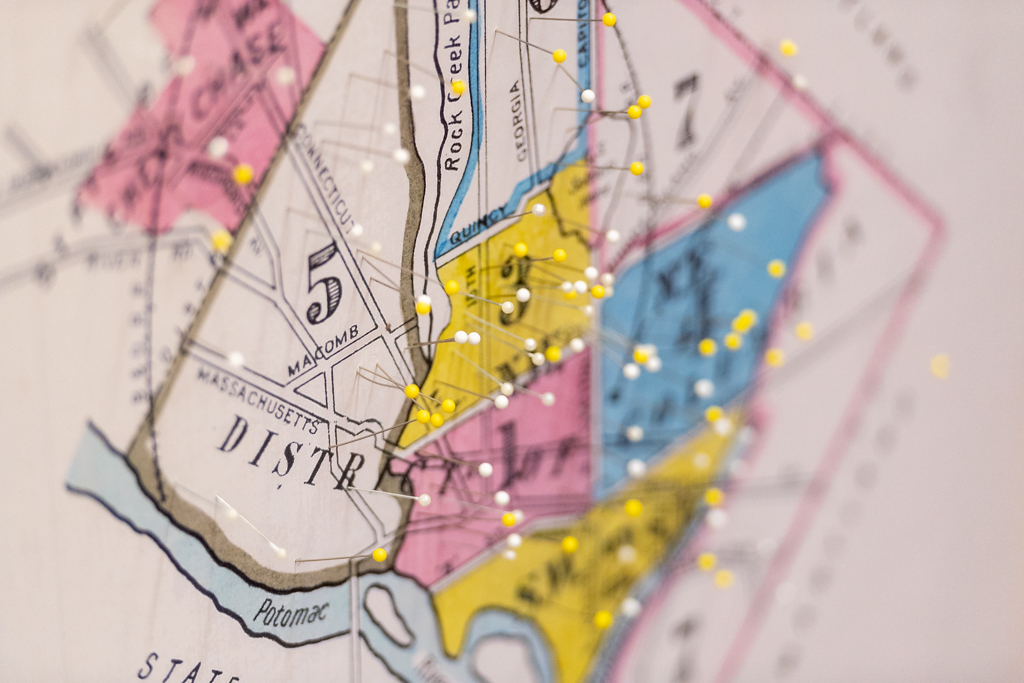 Undesign the Redline is an interactive exhibit that explores the history of structural racism and classism, how these designs compounded each other from redlining maps until today, and how we can come together to undesign these systems with intentionality.

Public tours are available Wednesdays at 11 am or Saturdays at 2 pm. Registration required.

Beginning in 1934 with the National Housing Act [which established the Federal Housing Administration (FHA)], the now-defunct Home Owners’ Loan Corporation created “residential security maps” to indicate the level of security for real-estate investments in 239 cities. The newest areas— typically affluent suburbs considered desirable for lending purposes—were outlined in green and labeled as Type A. Type B neighborhoods, outlined in blue, were considered “Still Desirable”, whereas older Type C were labeled “Declining” and outlined in yellow. Type D neighborhoods, populated largely by African Americans and immigrants, were outlined in red and considered the most risky for mortgage support.

Lenders had to consider these standards if they wanted to receive FHA insurance for their loans. FHA appraisal manuals instructed banks to steer clear of areas with “inharmonious racial groups,” and recommended that municipalities enact racially restrictive zoning ordinances. This racial discrimination in mortgage lending shaped the demographic and wealth patterns of American communities for generations.

“Undesign the Redline reminds us, going forward, we must live up to the Fair Housing Act’s central purpose—not just to root out discrimination, but, as the Act’s co-sponsor Senator Walter Mondale said, to promote ‘truly integrated and balanced living patterns.’” – U.S. Department of Housing and Urban Development