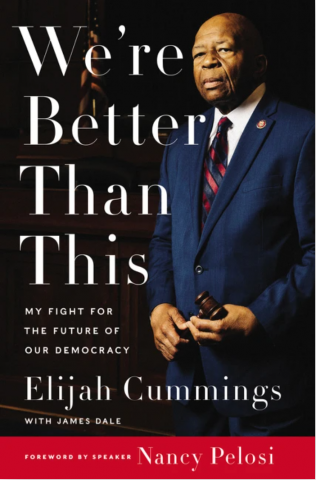 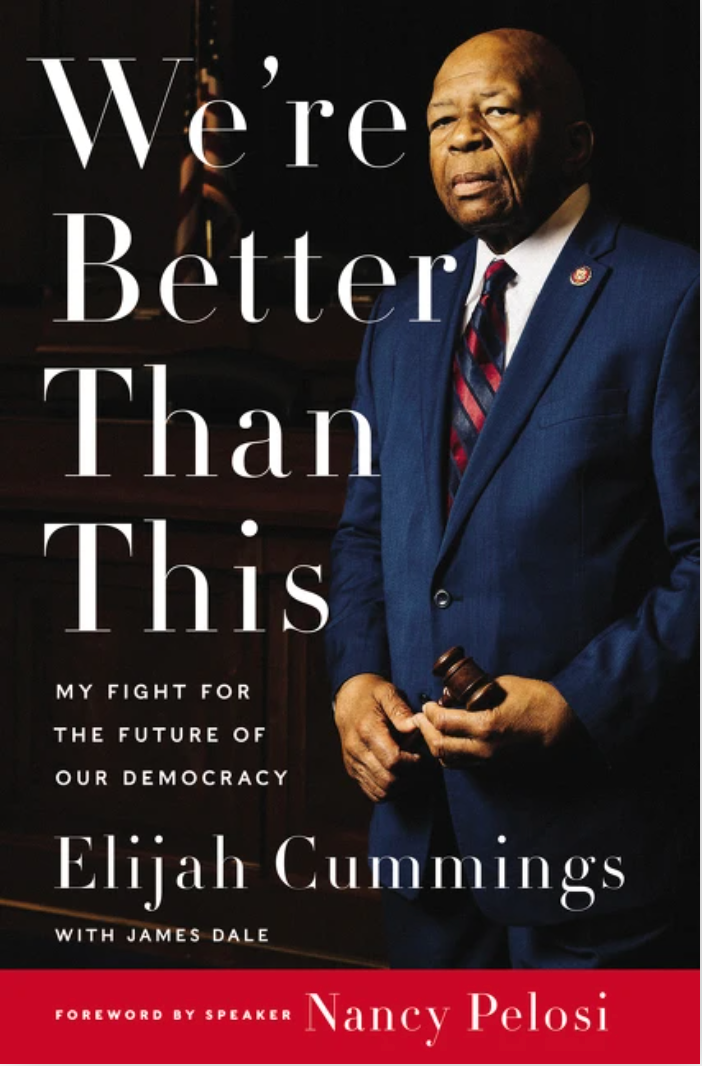 Author James Dale and Maya Rockeymoore Cummings, wife of the late Congressman Elijah Cummings, discuss the Congressman's legacy and his posthumously released memoir, We're Better Than This: My Fight for the Future of Our Democracy.

Praise for We're Better Than This:

There was no greater friend to the poor, to the lost, to the left out, and to the left behind. If you want to understand this great man, read his historic, important book and learn the lessons and values from his ‘moral voice crying in the wilderness’ on behalf of our American democracy. - Rep. John Lewis (D-GA)

Impressive on multiple levels…an urgent call to action, imploring us to defend our democracy as it is assailed by threats internal and external. And, perhaps above all, it is a poignant reminder of just how much the nation lost with his death…To read this book is to join the ranks of his admirers. - NPR

Copies of We're Better Than This: My Fight for the Future of Our Democracy available for online purchase from Books with a Past or to borrow from the HCLS collection.

Congressman Elijah E. Cummings was born and raised in Baltimore, Maryland and died there on October 17, 2019.  He earned his bachelor’s degree in Political Science from Howard University, serving as Student Government President and graduating Phi Beta Kappa, and then graduated from the University of Maryland School of Law. Congressman Cummings dedicated his life of service to uplifting and empowering the people he represented. He began his career of public service in the Maryland House of Delegates, where he served sixteen years and became the first African American in Maryland history to be named Speaker Pro Tem. First sworn in as a member of the U.S. House of Representatives in 1996, Congressman Cummings proudly represented Maryland's 7th District since 1996. He became Ranking Member of the House Committee on Oversight and Reform in 2011 and was appointed as Chairman of the Committee in 2019.

James Dale has collaborated on a number of books on sports, business, medicine, and life lessons. His works include The Power of Nice with agent-negotiator Ron Shapiro; Just Show Up with Hall of Fame baseball player Cal Ripken Jr.; and The Q Factor with Super Bowl–winning coach Brian Billick.

Maya’s areas of expertise include health, social insurance, income security, education, women’s issues and youth civic participation. She is the author of The Political Action Handbook: A How to Guide for the Hip-Hop Generation and co-editor of Strengthening Community: Social Insurance in a Diverse America among many other articles and chapters.

Please register with an email address to receive an immediate registration confirmation with a link to join the class/event. This email will also contain the dial-in information if you wish to participate by telephone. Questions? Let us know by emailing askhcls@hclibrary.org

Click here for Voter Information resources and learn more about how to Vote in Maryland.