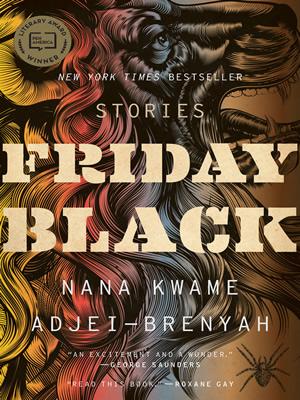 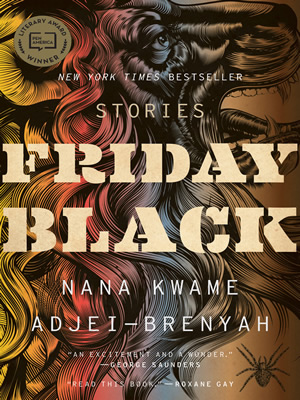 Nana Kwame Adjei-Brenyah’s debut work, Friday Black, is a collection of twelve short stories that explore the injustices experienced by Black men and women in the U.S.  Adjei-Brenyah, a professor at Syracuse University, uses fiction, humor, and shock to tackle urgent instances of racism and cultural unrest in America. Mr. Adjei-Brenyah received the 2019 PEN/Jean Stein Book Award and was a finalist for the National Book Critics Circle’s John Leonard Award for Best First Book and the Aspen Words Literary Prize.

His work has appeared or is forthcoming from numerous publications, including the New York Times Book Review, Esquire, Literary Hub, the Paris Review, Guernica, and Longreads. He was selected by Colson Whitehead as one of the National Book Foundation's “5 Under 35” honorees, is the winner of the PEN/Jean Stein Book Award and the William Saroyan International Prize, and a finalist for the National Book Critics Circle’s John Leonard Award for Best First Book, the Dylan Thomas Prize and the Aspen Words Literary Prize.

Following his keynote, Adjei-Brenyah will be joined by Tope Folarin, a Nigerian-American writer based in Washington, D.C., and the author of “A Particular Kind of Black Man,” for an in-depth conversation. Folarin won the 2013 Caine Prize for African Writing, was recently named a "writer to watch" by the New York Times, and was recognized among the most promising African writers under 40 by the Hay Festival's Africa39 initiative.

Presented by Howard Community College. Howard County Library System is a co-promoter of this event.