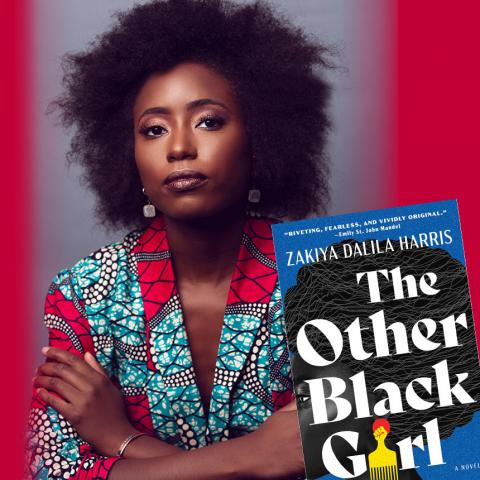 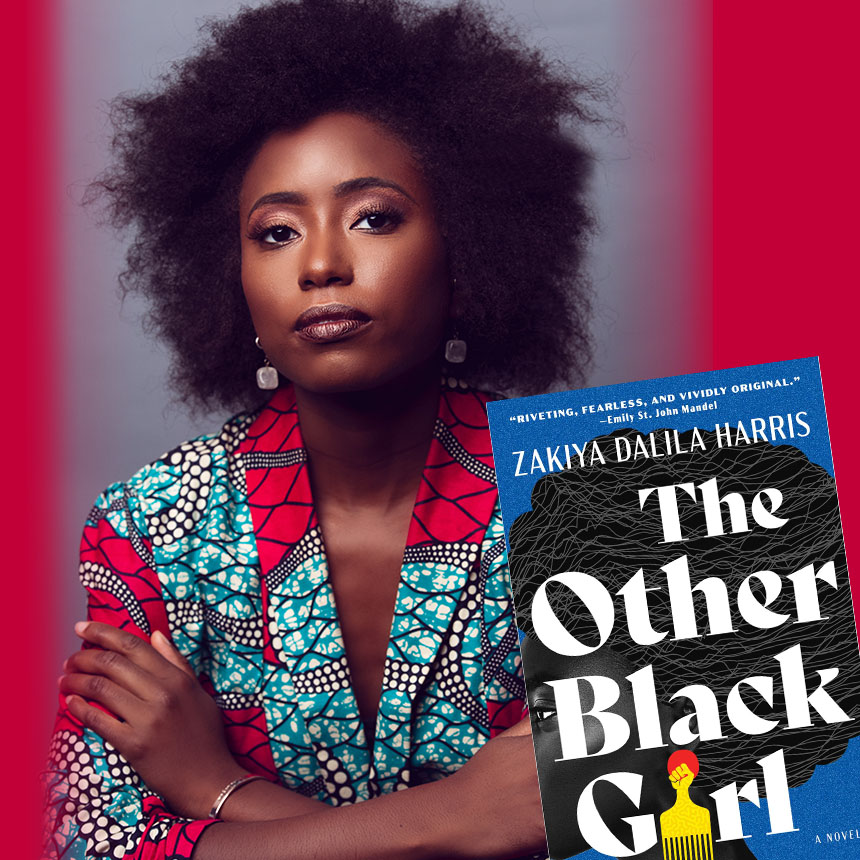 “A sly satire and thriller rolled into one.” – BBC

“Witty, inventive, and smart, The Other Black Girl goes deeper to take on class privilege, race, and gender in a narrative that slyly plays along the edges of convention. Zakiya Dalila Harris’s debut is a brilliant combustion of suspense, horror, and social commentary that leaves no assumption unchallenged and no page unturned.” – WALTER MOSLEY, internationally bestselling author of Devil in a Blue Dress

Zakiya Dalila Harris is the author of The Other Black Girl, her debut novel that has been named a Most Anticipated Book of 2021 by Time, The Washington Post, Harper’s Bazaar, Entertainment Weekly, The Millions, Lit Hub, Electric Literature, The Rumpus, CrimeReads, Goodreads, Fortune, HypeBae, BBC, and more. It will also be adapted to a television series for Hulu, with Harris serving as co-writer and executive producer.

Electric, darkly funny, and endlessly surprising, The Other Black Girl explores the chaos that unfurls when two young Black women meet against the starkly white backdrop of New York City book publishing. Tired of the isolation and microagressions while being the only Black employee at Wagner Books, twenty-six year-old editorial assistant Nella Rogers is thrilled when Harlem-born and bred Hazel starts working in the cubicle beside hers. But just as their friendship begins to blossom, a string of uncomfortable events elevates Hazel to Office Darling, and Nella is left in the dust. Then, the notes begin to appear on Nella’s desk: LEAVE WAGNER. NOW. It’s hard to believe Hazel is behind those hostile messages, but as Nella begins to spiral, obsess, and ultimately uncover the sinister forces at play, she soon realizes that there’s a lot more at stake than just her career.

Harris is no stranger to the publishing industry, having spent close to three years as an editorial assistant at Knopf Doubleday Publishing Group, a division of Penguin Random House. Described as Devil Wears Prada meets Get Out, The Other Black Girl is a whip-smart commentary perfect for anyone who has ever felt manipulated, threatened, or overlooked in the workplace. Harris’ writing initiates eye-opening and candid discussions that highlight the microaggressions, racism, and hierarchies that often develop in the workplace, especially in overwhelmingly white industries. Her keynotes and talks invite readers to think about their position in the workplace with a deeper examination on class, privilege, race, and gender.

Prior to working in publishing, Harris received her MFA in creative writing from The New School and her BA from the University of North Carolina at Chapel Hill. Her essays and book reviews have appeared in Guernica and The Rumpus.

Thank you to our Bookstore partner, Books with a Past