Author Works: Mitch Albom - The Stranger in the Lifeboat (Online) 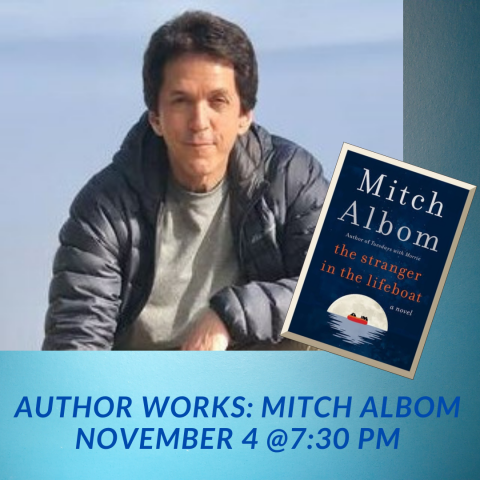 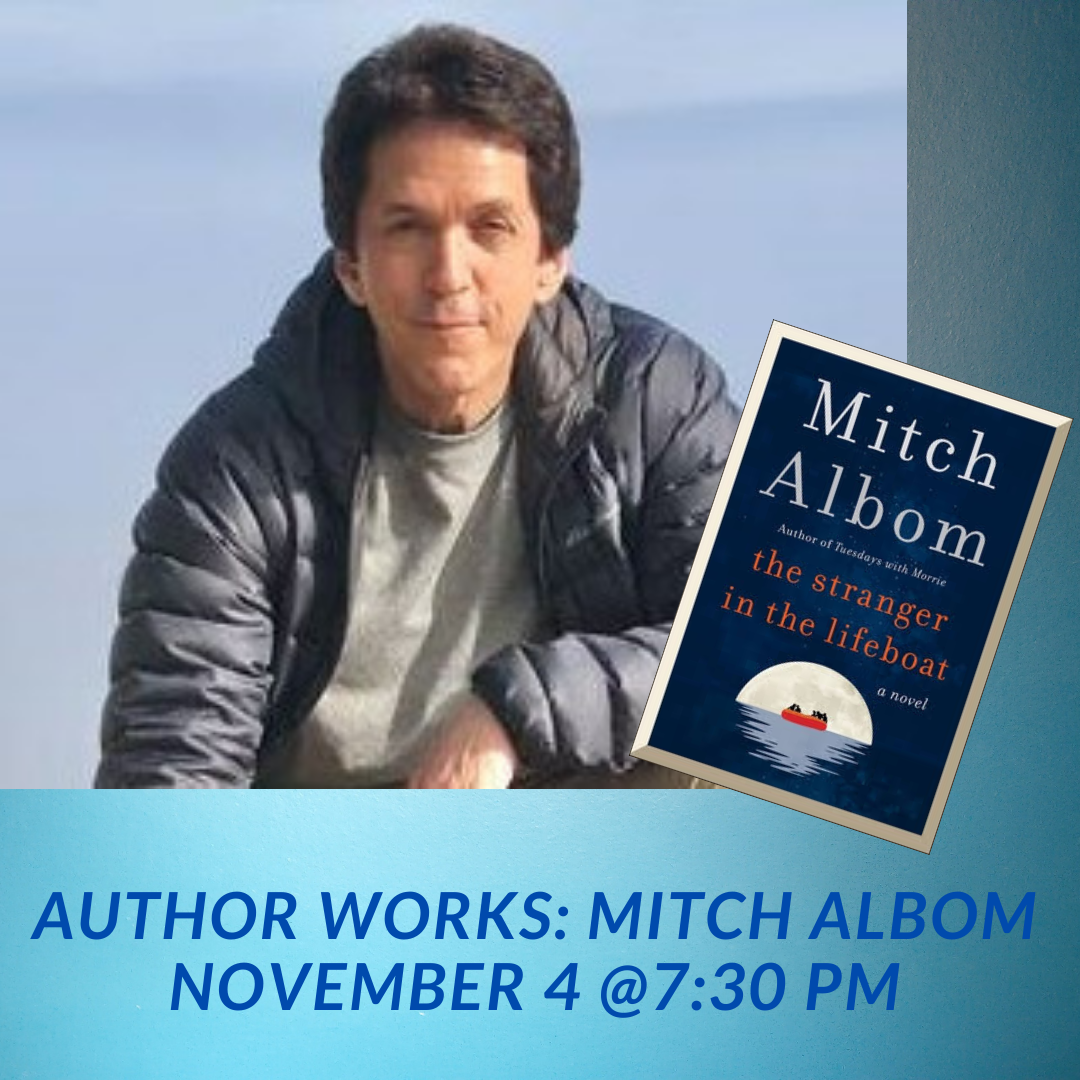 TICKETED VIRTUAL EVENT. Tickets include one copy of the book The Stranger in the Lifeboat by Mitch Albom, signed by the author. Tickets range from $23.99 - $27.99, plus fees. Purchase ticket HERE.

Since the health and safety of the audience and author are of utmost importance, this event has pivoted to virtual.

Adrift in a raft after a deadly ship explosion, nine people struggle for survival at sea. Three days pass. Short on water, food and hope, they spot a man floating in the waves. They pull him in.

“Thank the Lord we found you,” a passenger says.

“I am the Lord,” the man whispers.

So begins Mitch Albom’s most beguiling and inspiring novel yet.

New York Times bestselling author Mitch Albom has a genius for finding the sweet spot where the spiritual and the earthly collide in our lives. With such beloved books as Tuesdays with Morrie, The Five People You Meet in Heaven, The Next Person You Meet in Heaven, and more, Mitch has captivated the world. Now, in his captivating and thought-provoking new novel, The Stranger in the Lifeboat, Albom explores the essence of God on earth through a riveting story that is equal parts mystery and parable.

An explosion on a billionaire’s yacht during a gathering of some of the world’s most influential and innovative movers and shakers leaves ten disparate souls struggling to survive in a life raft. One of them writes an account of the grueling ordeal to his beloved, and those pages are later found, washed up on an island shore on the opposite side of the Atlantic. It falls to a decidedly secular and cynical police inspector to investigate what actually happened on that raft.

The beguiling narrative alternates between sea and land, between before and after, and between skepticism and belief. What really happened to cause the explosion? Is the mysterious man really who he claims to be?

Mitch Albom will be In Conversation with Tara Hart.

Tara Hart, Ph.D., is a professor and chair of Humanities at Howard Community College in Columbia, Maryland. She served on the Friends and Foundation Board of the Howard County Library System for 15 years. At HoCoPoLitSo (the Howard County Poetry and Literature Society), she has been a host of The Writing Life show and is currently co-chair of the board. In 2011, she was awarded a Pushcart Prize for poetry.

Mitch Albom's books have sold more than 45 million copies worldwide. Tuesdays with Morrie is the best-selling memoir of all time, with over 17 million copies sold internationally, and was adapted for the stage and as a television movie which garnered four Emmy Awards. With The Stranger in the Lifeboat, this master storyteller offers a fresh take on themes that have defined his estimable work.

Albom has founded nine charities in the metropolitan Detroit area: SAY Detroit, an umbrella organization for charities dedicated to improving the lives of the neediest, including the SAY Detroit Family Health Clinic, Detroit Dream Scholars, and A Time To Help, and . In January 2015, Albom announced the launchof the SAY Detroit Play Center at Lipke Park, an innovative motivational learning program equipped with state-of-the-art athletic facilities, digital learning center and tutoring program. A Hole in the Roof Foundation helps faith groups of every denomination who care for the homeless repair the spaces in which they carry out their work.

Mitch Albom will discuss his new book and his writing on November 4 @ 7:30 pm. Per the publisher, this virtual event is ticketed and includes one copy of the book The Stranger in the Lifeboat by Mitch Albom, signed by the author.

TICKETED VIRTUAL EVENT. Tickets include one copy of the book The Stranger in the Lifeboat by Mitch Albom, signed by the author. Tickets range from $23.99 - $27.99, plus fees. Purchase ticket HERE.