Author Works: Mark Oppenheimer - Squirrel Hill: The Tree of Life Synagogue Shooting and the Soul of a Neighborhood (Online) 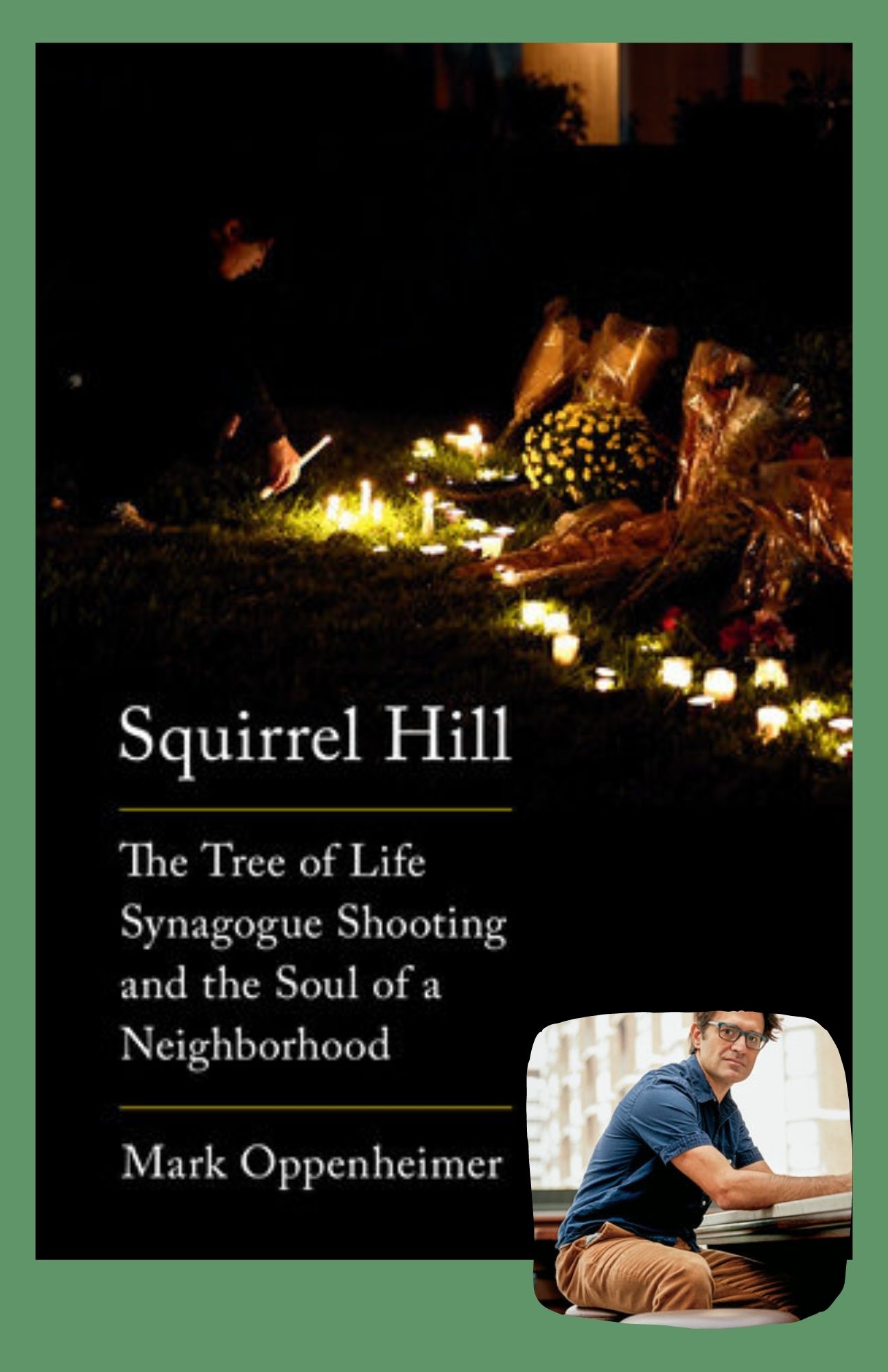 “[A] rare narrative about how a community tiptoes through the wake of a hate crime.”

Oppenheimer is sympathetic to the ways Jewish culture stands at the crossroads of proud resistance and self-protective withdrawal, bold activism and self-effacement. The people he highlights are treated with a knowing, affectionate wink, a landsman’s recognition.”

A piercing portrait of the struggles and triumphs of one of America’s renowned Jewish neighborhoods in the wake of unspeakable tragedy that highlights the hopes, fears, and tensions all Americans must confront on the road to healing.

Squirrel Hill, Pittsburgh, is one of the oldest Jewish neighborhoods in the country, known for its tight-knit community and the profusion of multigenerational families. On October 27, 2018, a gunman killed eleven Jews who were worshipping at the Tree of Life synagogue in Squirrel Hill–the most deadly anti-Semitic attack in American history.

Many neighborhoods would be understandably subsumed by despair and recrimination after such an event, but not this one. Mark Oppenheimer poignantly shifts the focus away from the criminal and his crime, and instead presents the historic, spirited community at the center of this heartbreak. He speaks with residents and nonresidents, Jews and gentiles, survivors and witnesses, teenagers and seniors, activists and historians.

Together, these stories provide a kaleidoscopic and nuanced account of collective grief, love, support, and revival. But Oppenheimer also details the difficult dialogue and messy confrontations that Squirrel Hill had to face in the process of healing, and that are a necessary part of true growth and understanding in any community. He has reverently captured the vibrancy and caring that still characterize Squirrel Hill, and it is this phenomenal resilience that can provide inspiration to any place burdened with discrimination and hate.

Emily Goodman will be moderating the conversation and questions after Mark’s presentation.

MARK OPPENHEIMER is the author of five books, including Knocking on Heaven’s Door: American Religion in the Age of Counterculture and The Newish Jewish Encyclopedia. He was the religion columnist for The New York Times from 2010 to 2016 and has written for The New York Times Magazine, GQ, Mother Jones, The Nation, and The Believer, among other publications. The host of Tablet magazine’s podcast Unorthodox, Oppenheimer has taught at Stanford, Wellesley, and Yale, where since 2006 he has directed the Yale Journalism Initiative. He lives with his family in New Haven, Connecticut.

Emily Goodman is the Director of Holocaust and Antisemitism Programming, where she is responsible for Holocaust commemoration and education programming, the Survivors Speakers Bureau, as well as the implementation of programming to help counter antisemitism within the Baltimore community.

Presented in partnership with Baltimore Jewish Council and the Jewish Federation of Howard County.