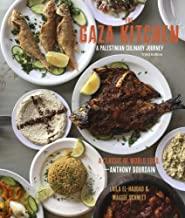 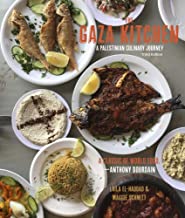 Author and Journalist Laila El-Haddad discusses the history of spices and cuisine from the Middle East and demonstrates some of her recipes in this special virtual event.

The Fertile Crescent region—the swath of land comprising a vast portion of today’s Middle East—has long been regarded as pivotal to the rise of civilization. Alongside the story of human development, innovation, and progress, there is a culinary tradition of equal richness and importance.

Laila El-Haddad is an award-winning Palestinian-American author and journalist.  She frequently speaks on the situation in Gaza, the intersection of food and politics, and contemporary Islam.  She has written for numerous newspapers and magazines, including the Baltimore Sun, the Washington Post, the Guardian and the International Herald Tribune and has appeared on many international broadcasting networks, including NPR, CNN, Aljazeera, and CCTV.

She is the author of Gaza Mom: Palestine, Politics, Parenting, and Everything In Between and, co-author of the critically acclaimed The Gaza Kitchen: A Palestinian Culinary Journey, which was the recipient of ‘Best Arab Cuisine Book’ award from Gourmand magazine, and a finalist at the 2013 MEMO Palestine Book Awards.  She is also the co-editor of the anthology Gaza Unsilenced and contributor to The Immigrant Cookbook: Recipes that Make America Great.  Her forthcoming book, Halal Tayyib: A Muslim American Culinary Journey, explores the history of Islam in America as told through food.  An avid gardener and outdoor enthusiast, she makes her home in Howard County, MD with her husband and their four children.